Production featured a large scenic piece that we called “The Scoreboard” (designed by Michael Carnahan). In addition to being a projection surface, the design team wanted it to have functional drop ceiling style fluorescent fixtures as well as LED accents.

The original design was significantly over budget, but Jason was able to work with the team to preserve the artistic intent while getting the project within the producer’s budget. 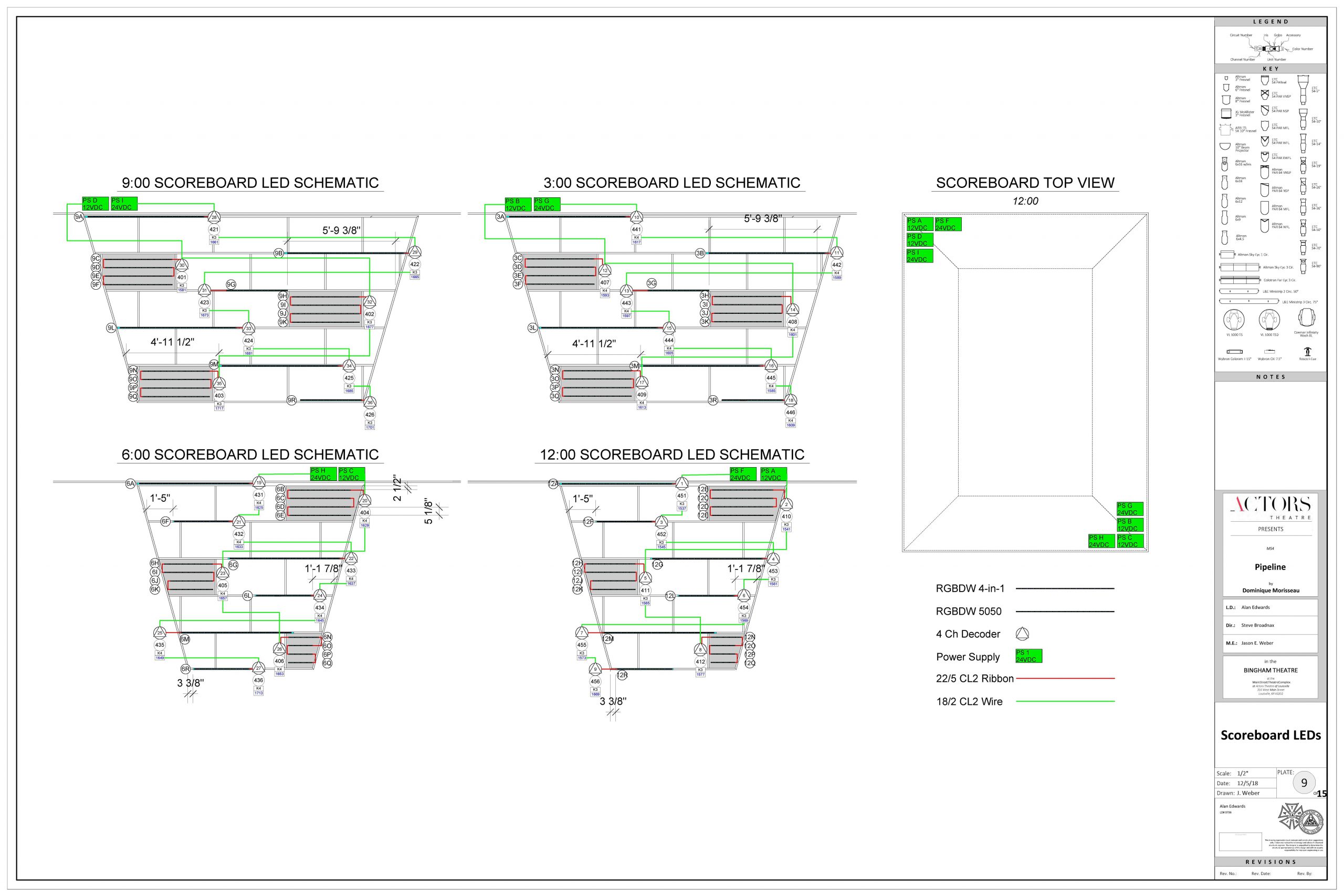 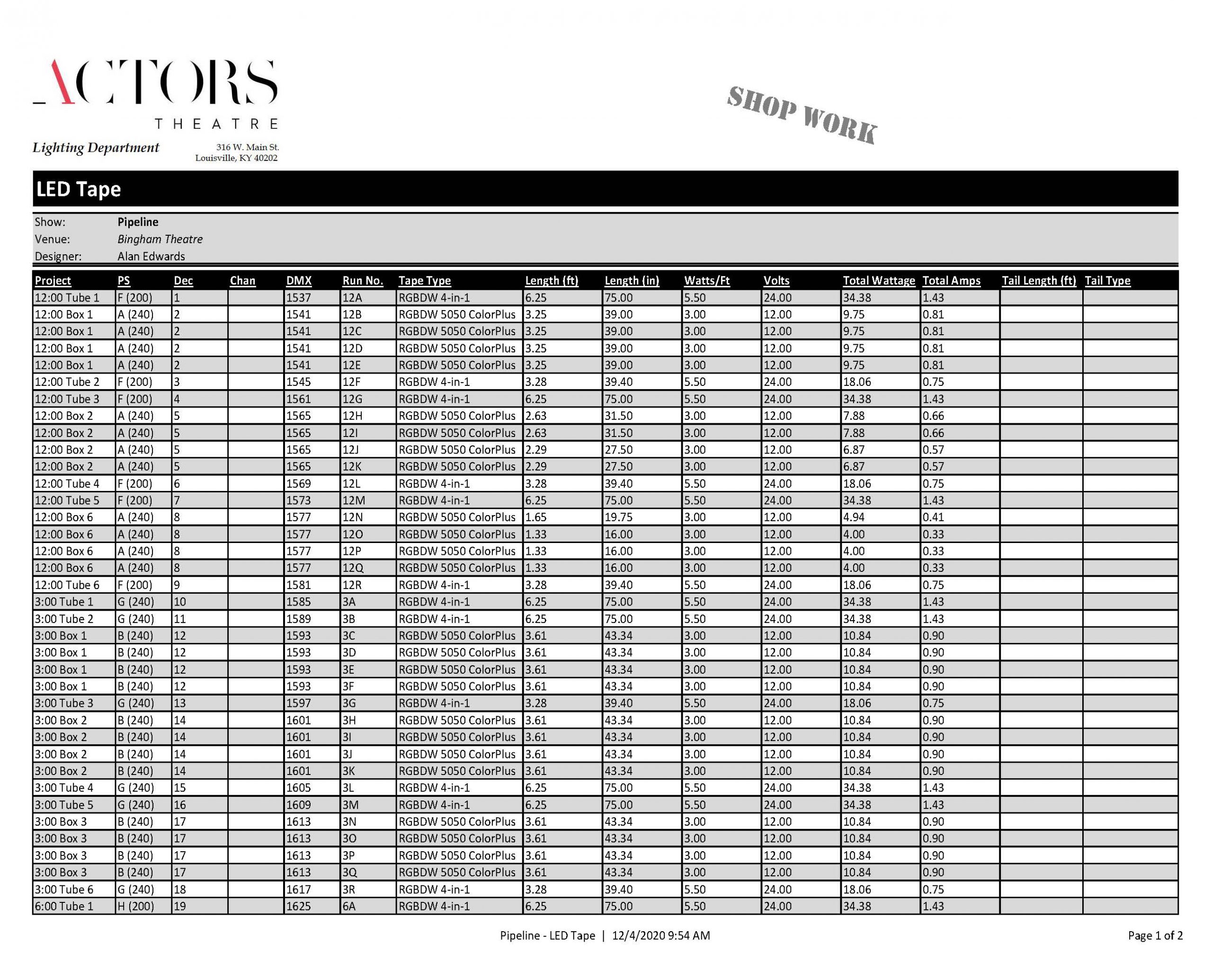 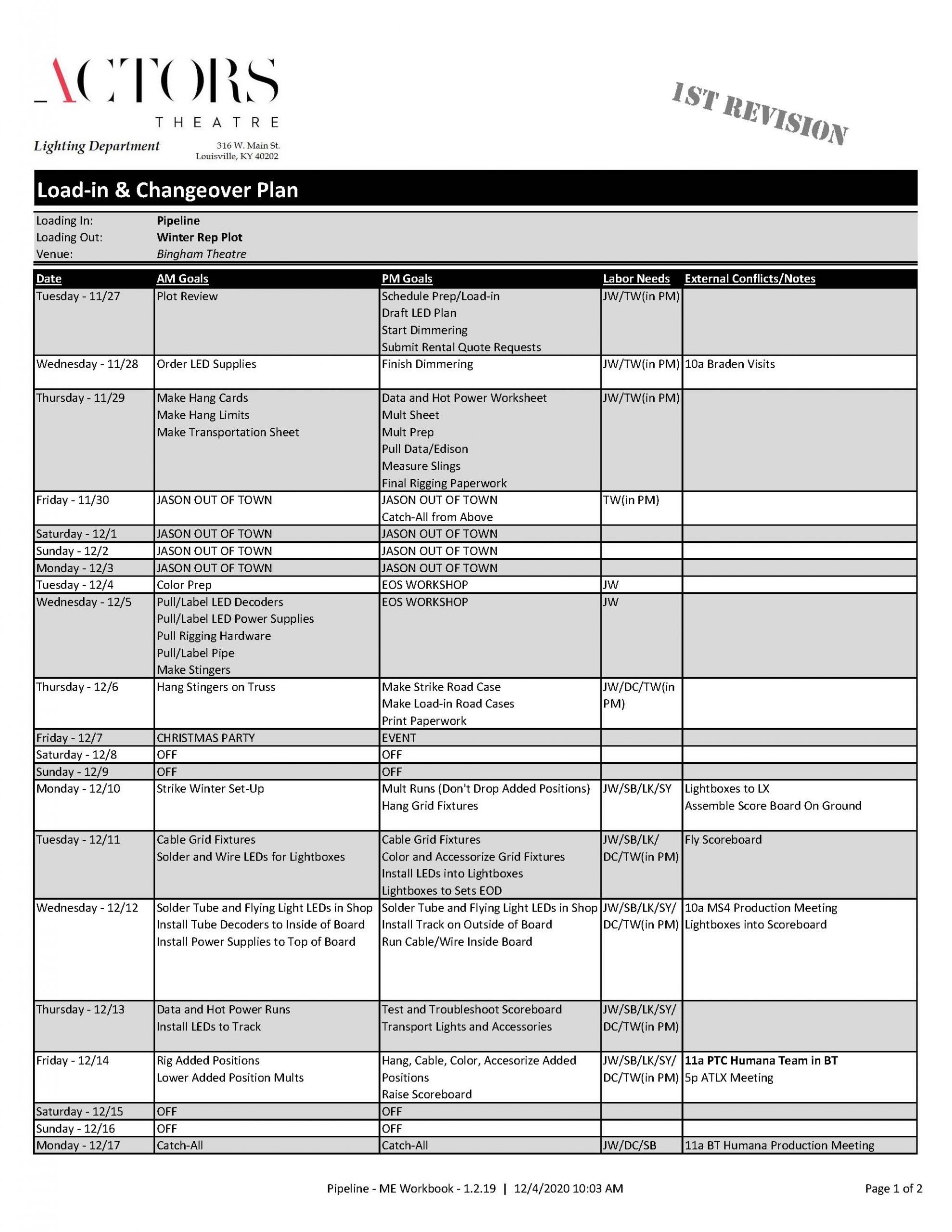 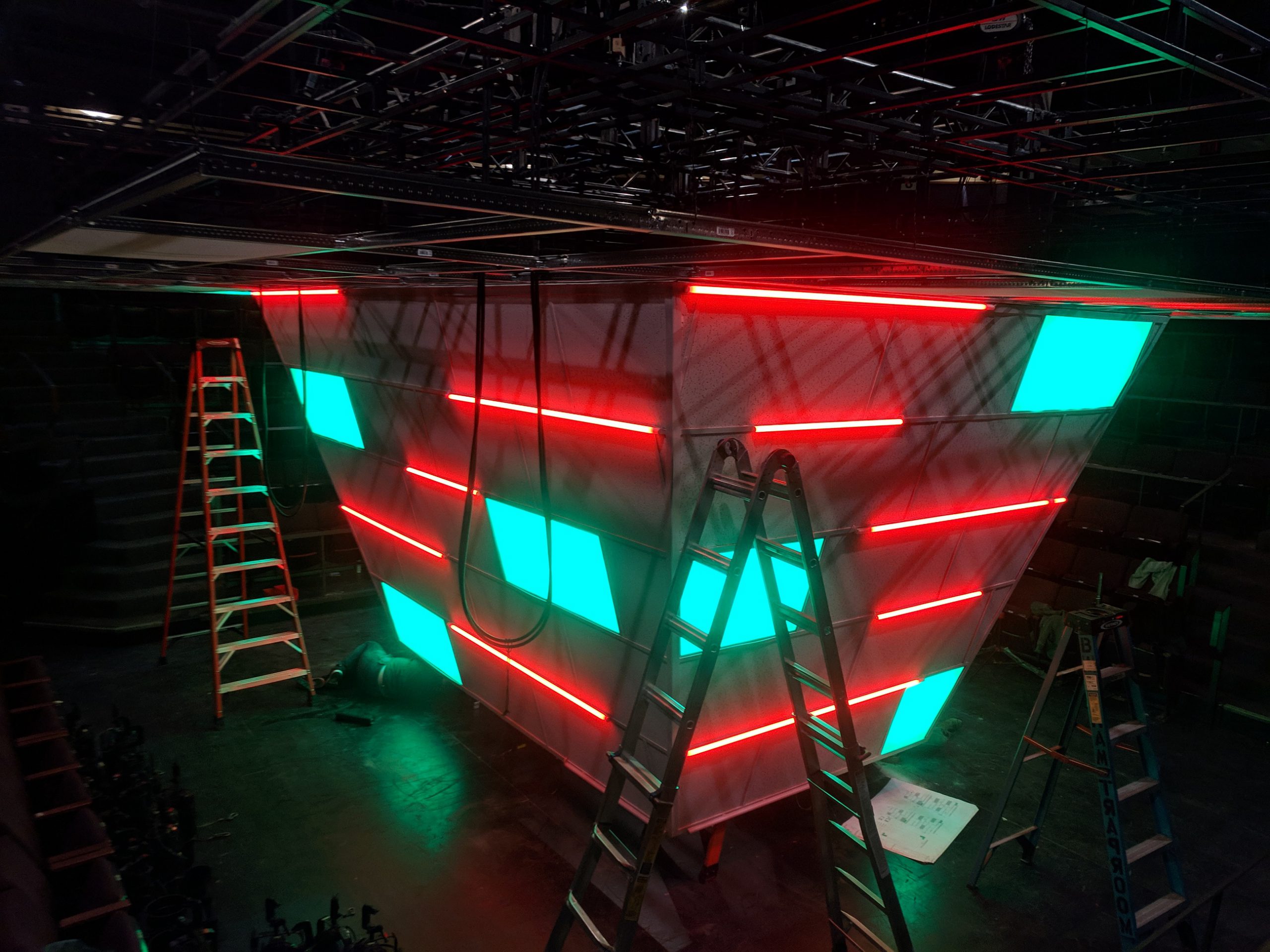 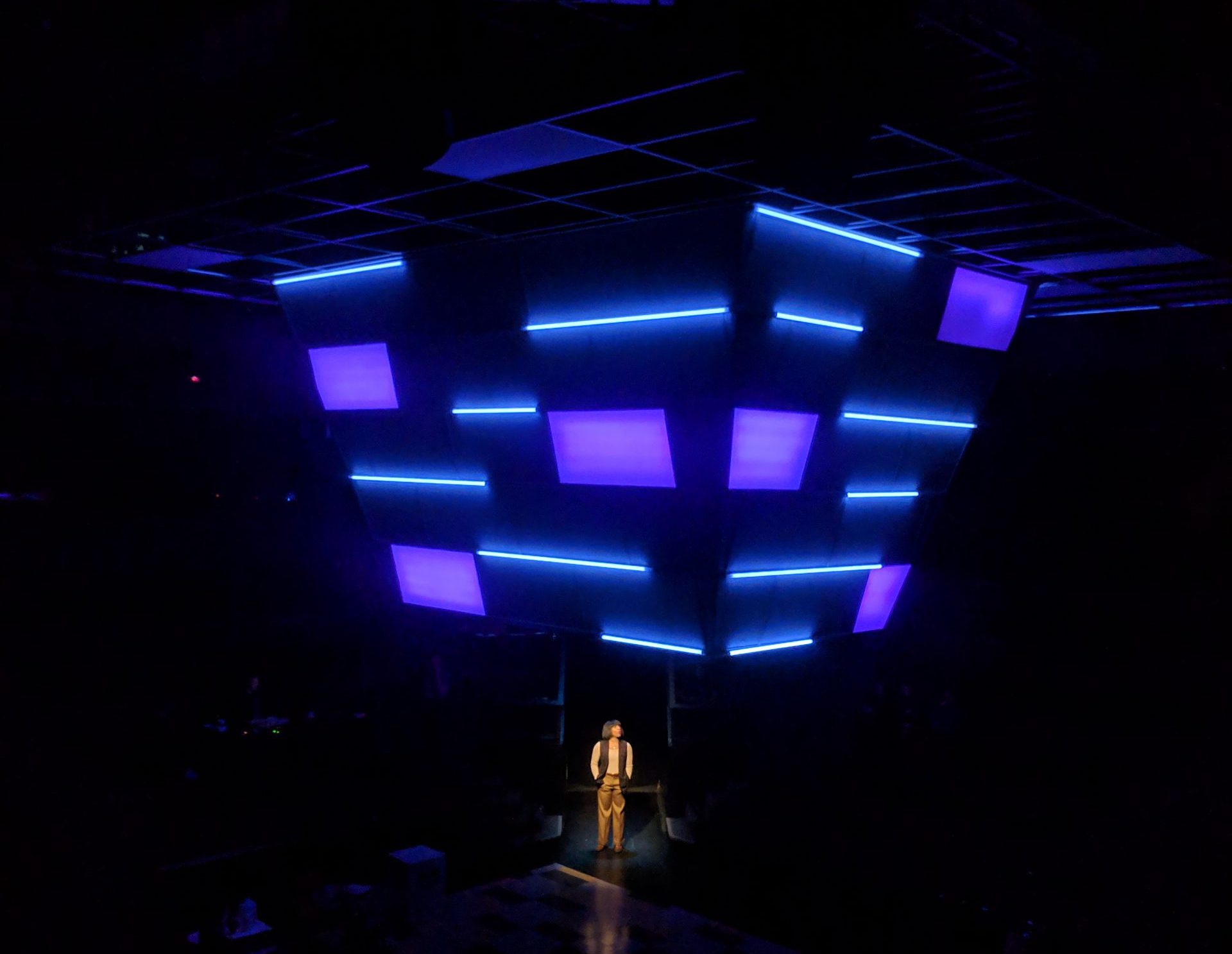